IS THERE A FIREWORKS SHOW IN COLUMBIA?

AT CASEY'S FIREWORKS, THE ANSWER IS "YES!"

The rumors are true: Columbia, SC has decided to cancel its Famously Hot New Year’s Eve celebration. Why have they decided to do away with such a fun community event? After ten years, it has been decided that the event is unsafe and “not in the interest of the community.”

Fear not, you can still find a great celebration for your family at Casey’s Fireworks in Columbia, SC.

Find out why we started stocking up in 2020… 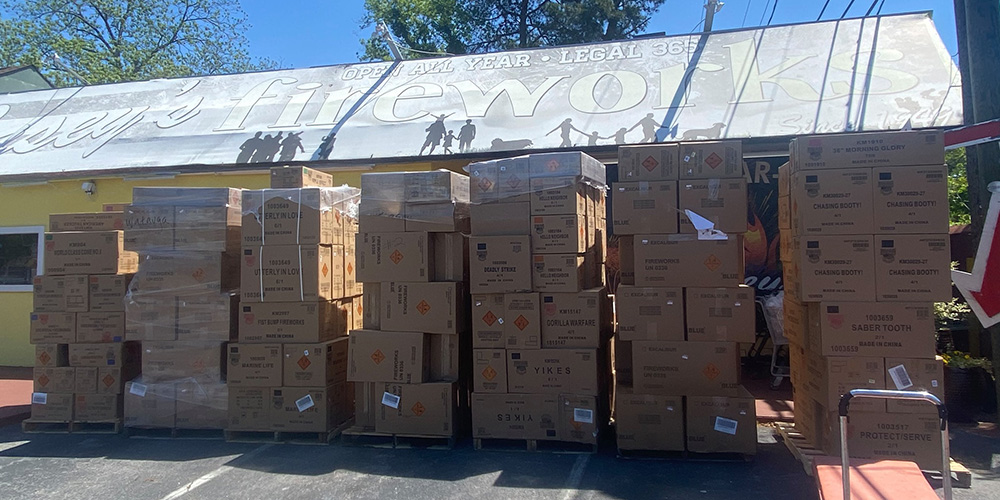 Three main factors led to the shortage of fireworks we now see around the country, making it harder for some owners to stock their stores.

First, production amounts and regulations on bigger fireworks are changing.   The amount of fireworks made are less due to less production during the winter wet season and temperatures are too hot during the summer season for making fireworks.

Second, even before the events of 2020, the fireworks industry in China was changing. As international corporations started moving to China, many young workers moved to the cities to work assembling computers and smartphones, leaving fewer prospective workers to learn the traditional craft of how to make fireworks, work which was typically passed down from generation to generation. Fewer workers means firework production has become a technical process as well, which is part of the reason why there are so few duds these days. It also means a limited total number of fireworks produced.

The third reason for the firework shortage in 2021 will be familiar to anyone who has tried to buy any kind of durable good over the past year; price increases and low supply for many of the critical components we need to make the products we sell. We started noticing the change in the Chinese Yuan in 2019. Suppliers made it more difficult to source consistent products, in part because of new restrictions at Chinese ports. Our solution was to start stockpiling inventory, doubling-down on the fireworks we sell the most, so you can ensure your family will have the party you’ve been waiting for.

WHY IS MY FIREWORK STORE OUT OF FIREWORKS?

Many of the local firework stands that have opened around the area are opened by a single distributor. Even many of the main distributors, like Black Cat, have experienced short supplies of many of the staple items, including sparklers and roman candles. We’ve had customers tell us that Rodney’s Rockets is sold-out of rockets. Casey’s has prepared for days like this, which is why we have a store full of fireworks for you and your family to use.

What will you see when you visit Casey’s Fireworks? Whether it is your first time to the store, or if you have grown up with Casey’s fireworks at New Year’s Eve and July 4th every year, you can be certain you will find all of your old favorites, including bottle rockets, smoke bombs, strings of firecrackers, Roman candles, and our famous variety assortment packs, as well as all of the latest canister-style artillery shells and neon colored multi-shot aerial fireworks that delight crowds of all ages and provide a show in a box. Diversifying our distributors paid off; we’re fully-stocked and ready for your visit: